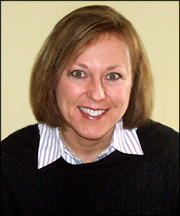 Hilary Crnkovich, an executive in the Chicago office of public relations and public affairs firm Burson-Marsteller, was elected vice president for public affairs and communication at the University of Notre Dame by the Board of Trustees at its winter meeting on campus today.

Crnkovich (pronounced Ser-ko-vich), who will assume her duties March 2, brings to the post a wide variety of experience in marketing, including strategic positioning, crisis management, lobbying, communications, Internet strategies and media relations over a 20-year career.

“Notre Dame is fortunate to attract individuals at the top of their professional careers and certainly thats the case with Hilary,” said Rev. John I. Jenkins, C.S.C., the Universitys president-elect. “Her credentials are impeccable and they match our needs in the very challenging media and marketing climate of the Internet era.”

He added, “Hilary also has a deep understanding of our academic mission, our commitment to maintaining the Catholic character of the University, and the wide-ranging constituencies that constitute the Notre Dame family.”

Though an alumna of the University of Michigan, Crnkovichs husband, Chris, is a 1978 graduate of Notre Dame.

Rev. Edward A. Malloy, C.S.C., the Universitys president who will turn the office over to Father Jenkins on July 1, said, “I welcome Hilary to our administration, and, while our time together will be brief, I look forward to taking advantage of her expertise in the months ahead.” Father Malloy is retiring after 18 years as president.

“I am extremely excited and honored to be coming to Notre Dame and be associated with the finest Catholic university in the world,” Crnkovich said. “I hope to positively influence the way the world sees and experiences the University in the coming years.”

Crnkovich has been at Burson-Marsteller since 2002, but had previously worked for the firm from 1989 to 1993. From 1993 to 2002, Crnkovich was a partner in Chicago-based Designkitchen, an award-winning print and Web site design firm. Earlier in her career, she served as senior account executive at The Earle Palmer Brown Companies of Bethesda, Md., and Philadelphia, from 1986 to 1989. Over the course of her career, she has worked on a global basis with clients ranging from entrepreneurial start-ups to Fortune 500 conglomerates. Her accounts also have included not-for-profit organizations and quasi-governmental units, such as the Northern Ireland Tourist Board.

She is active in the Chicago community with organizations such as the Rehabilitation Institute of Chicagos Associate Board and the Partnership to Educate and Advance Kids (PEAK). “I am looking forward to being actively involved in the community of South Bend,” she said.

Crnkovich earned her bachelors degree in political science from Michigan in 1983 and later studied graphic design and fine arts at the Parsons School of Design in New York City.