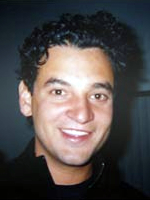 Tony D’Souza, a 2000 graduate of the University of Notre Dame’s Creative Writing Program, will return to campus to present a reading from his debut novel, “Whiteman,” at7:30 p.m.April 25 (Tuesday) in the Hospitality Room of the South Dining Hall.

Sponsored by the Creative Writing Program, the event is free and open to the public.

Published this year by Harcourt, “Whiteman” chronicles the daily struggles of a foreign relief worker in Africa’sIvory Coastamid a brewing civil war between Christians and Muslims. The Wall Street Journal called the book “one of the most anticipated novels of the year.”

AChicagonative currently residing inFlorida, D’Souza earned his bachelor’s degree fromHollinsCollegeand his master of fine arts degree through the Creative Writing Program. He served three years in the Peace Corps, working as an AIDS educator in ruralAfrica. His work has appeared in such publications as The New Yorker, Playboy, Tin House and McSweeneys.

The Creative Writing Program is a two-year degree program centered on workshops in poetry and fiction and offers courses in literature, translation, literary publishing and thesis preparation. The highly selective program admits just 10 writers each year. **