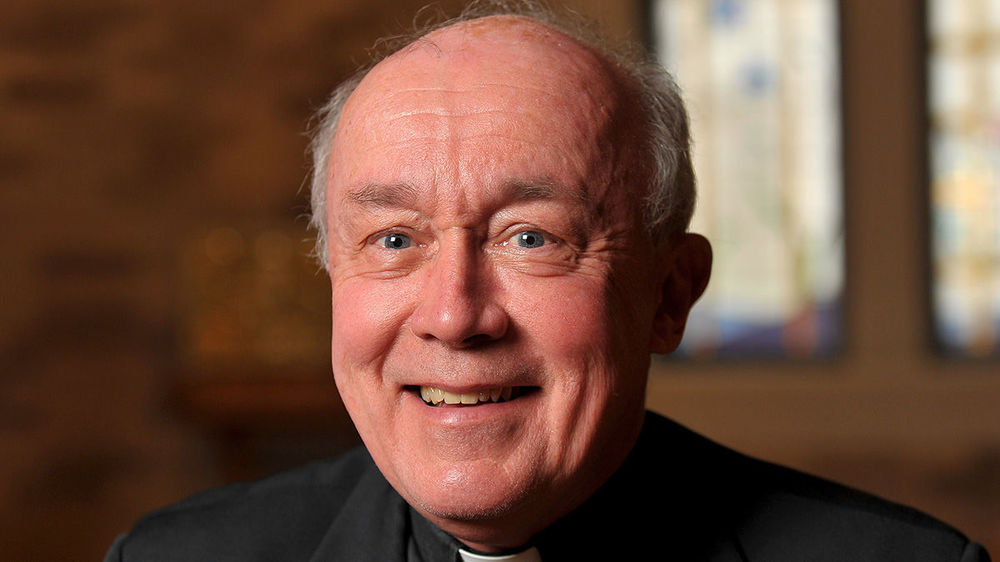 Within the history of the development of essential Christian doctrines, the Council of Chalcedon in 451 A.D. is widely credited with articulating that Jesus Christ is one person possessing both fully divine and fully human natures.

However, a new book by Rev. Brian Daley, S.J., Catherine F. Huisking Professor of Theology at the University of Notre Dame and winner of the 2012 Ratzinger Prize, suggests that the definition of Christ’s person offered by Chalcedon, if taken by itself, may be excessively narrow and abstract, even distorting understanding of who and what Christ is.

In “God Visible: Patristic Christology Reconsidered,” Father Daley discusses the seven early ecumenical councils, from 325 until 787, as essential way-stations in the process of articulating a classical Christian understanding of Christ, and he cautions against singling out the Chalcedonian definition as being, by itself, the summation of the tradition — as some modern theologians have tended to do.

For the modern Christian believer, catechist, preacher or theologian, Father Daley argues that Chalcedon’s bare, paradoxical framework “cannot be intelligibly seen as separate from the theological works of the great Patristic theologians in which it was embedded.”

Father Daley argues for the need to study the early Church’s reflection on Jesus and his meaning as a continuous conversation, from early writers like Irenaeus and Origen to the great controversialists like Athanasius, Cyril of Alexandria and Maximus the Confessor, to the synthetic work of John of Damascus and the defenders of the veneration of icons. All of these writers built on the work of their predecessors in the context of new debates over how God can be present and active in Jesus.

According to Father Daley, the authoritative statements of the early councils only become fully understandable within the framework of that continuing struggle by theologians to understand better who Christ is.

“And it is one thing to agree that Christ is both human and divine,” Father Daley added. “But it seems we must also ask what we actually mean by that — to pursue some metaphysical questions about the sort of being we think Christ is.”

Father Daley noted that his own academic pursuit of an understanding of the mystery of Christ has taken place in the company of his confreres in the Society of Jesus. In the introduction of “God Visible,” he thanks his brother Jesuits “for so patiently helping me discover what it is not only to think about Jesus, but to try to be his companion and disciple. That, after all, is what Christian faith is really about.”

Father Daley’s contributions to scholarship on the development of Christian doctrine also include the first and only critical edition of the writings of Leontius of Byzantium.Leontius was a sixth-century monk and theologian who used Aristotelian categories and Neoplatonic psychology to help articulate the connection between Christ’s human and divine natures during the controversies that erupted in his time — nearly a century after the Council of Chalcedon.

In addition to his academic and scholarly work, Father Daley works to promote ecumenical relations through his service as executive secretary of the North American Orthodox-Catholic Theological Consultation. He has also been a trustee of Le Moyne College, Boston College, Georgetown University and Fordham University.