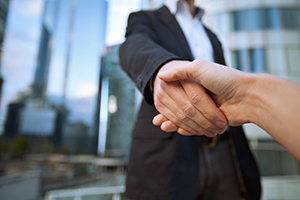 Corporate social responsibility, or CSR — a name for the actions companies take to advance social good, above and beyond that which is required by law — continues to draw interest from practitioners and academics alike. One question that practitioners have is whether CSR impacts their firm’s performance.

Frank Germann, an assistant professor of marketing at the University of Notre Dame’s Mendoza College of Business, and his fellow researchers — Charles Kang from Tulane University and Rajdeep Grewal from the University of North Carolina at Chapel Hill — examined how CSR relates to firm performance. While the researchers found that, all else equal, CSR does in fact benefit firms financially, it’s also increasingly being practiced by companies to offset “bad” behaviors.

One aspect that is new about the study is the finding that firms’ CSR and CSI are increasingly correlated.

“Although one would think that CSR and CSI are mutually exclusive — that a firm does either ‘good’ or ‘bad’ — increasingly, many firms do both good and bad at the same time,” Germann said. “Our comprehensive data shows that the correlation between CSR and CSI has increased sharply since the early 2000s.”

“The latter firms can expect to see significant financial returns from their CSR investments. This finding should be of particular interest to managers. Hopefully it will encourage them to act more conscientiously,” Germann said. “Furthermore, both the general public and managers should find it interesting that companies do not seem to be able to ‘wash away their sins.’”