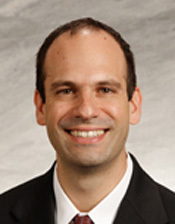 Investment bankers often are stereotyped as greedy, overpaid leeches who will say or do anything for a quick buck.

However, despite certain biases, investment banks do add value to mergers and acquisitions and, in fact, produce important information for the M&A advisory process, according to new research by Matthew Cain, assistant professor of finance at the University of Notre Dame’s Mendoza College of Business.

The lead author of “Information Production by Investment Banks: Evidence from Fairness Opinions,” forthcoming in the Journal of Law and Economics, Cain analyzes a sample of more than 500 fairness opinion valuations that investment banks produce in relation to mergers and acquisitions, one of the primary business units of investment banking. Cain says the fairness opinion valuations they produce provide an objective product that can be analyzed to shed light on the motivations and value added by investment bankers.

“Investment banks do tend to produce valuations that are biased in a way that benefits their clients, which negatively affects their credibility,” Cain says. “They produce overly optimistic valuations when hired by bidders in mergers, which can justify overbidding, and by some measures they produce pessimistic valuations when hired by targets in mergers, which can justify the acceptance of offers. Both actions tend to push their clients to consummate mergers; they have incentive to do this because they often earn advisory fees only after a given merger is completed.”

However, Cain also finds that despite these potential biases, investment banks still produce new and valuable information through their valuations.

“They can be useful to boards of directors in evaluating merger proposals,” he says. “And when the valuations are made public, the stock market reacts to the information contained in these valuations. Therefore, investment banks do produce information that has value as part of the M&A advisory process.”
So, how can biased valuations be worth anything?

“Think of it this way,” Cain says. “The absolute level is shifted too far in one direction, but the relative difference among valuations has meaning. Stock analyst recommendations are similar. They tend to be slightly optimistic in their buy recommendations, so to correct for this, you can subtract one notch and then compare the relative recommendations among different stocks. Boards of directors and investors should do the same thing when they consider valuations contained in fairness opinions.”