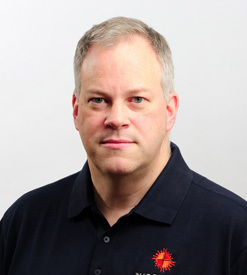 Patrick J. Flynn, professor of computer science and engineering and concurrent professor of electrical engineering at the University of Notre Dame, has been named a fellow of the Institute for Electrical and Electronics Engineers (IEEE) for his contributions to biometric identification.

The IEEE is the world’s leading professional association for advancing technology for humanity. Through its 385,000 members in 160 countries, the association is a leading authority on a wide variety of areas ranging from aerospace systems, computers and telecommunications to biomedical engineering, electric power and consumer electronics. IEEE fellow is a distinction reserved for select members who have established an extraordinary record of accomplishments in any of the IEEE fields of interest.

A faculty member since 2001, Flynn’s interests include computer vision, biometrics and 3D sensing and modeling. He directs the biometrics research group with Kevin W. Bowyer, the Schubmehl-Prein Chair of the Department of Computer Science and Engineering. Flynn, his students and collaborators have been researching the feasibility of image-based biometrics and multi-biometrics since 2001.