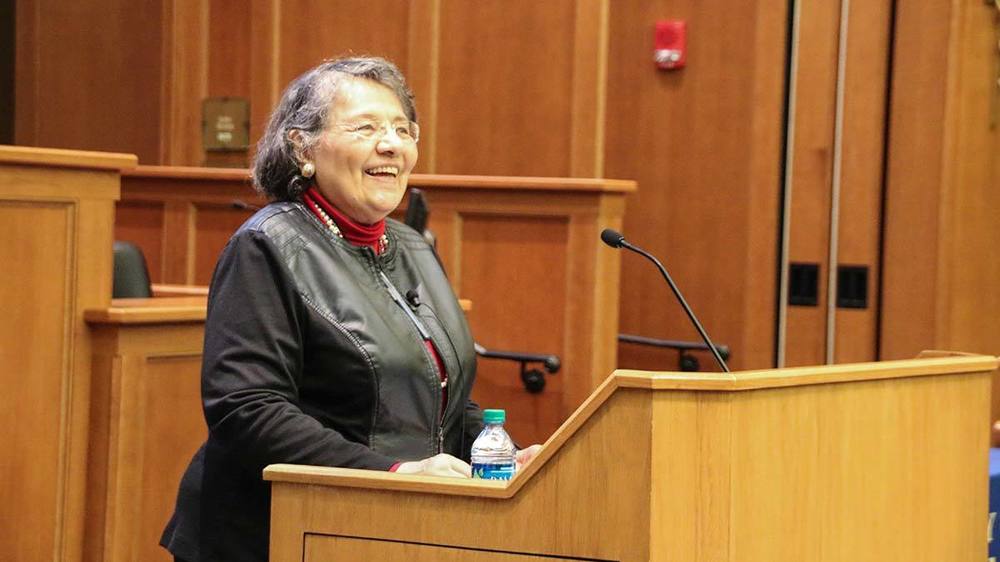 Celebrated civil rights leader Diane Nash will be the keynote speaker for the University of Notre Dame’s annual Martin Luther King Celebration Luncheon on Jan. 20 (Monday) at the Joyce Center.

“Diane Nash is a passionate champion of civil and human rights whose courageous leadership helped end the stronghold of segregation in the South,” said Notre Dame President Rev. John I. Jenkins, C.S.C. “The example of her tireless commitment to justice and nonviolent action inspires us all to serve the cause of justice.”

Nash has been a frequent visitor to campus over the past four years. She was an honorary degree recipient during the 171st University Commencement Ceremony in 2016. She returned the following year to deliver the inaugural Dean’s Lecture on Race, Law and Society at Notre Dame Law School.

A native of Chicago, Nash became involved in the civil rights movement as a student at Fisk University in Nashville, where she was jailed for her involvement in the sit-in campaign to end segregation at lunch counters in the city as part of the Nashville Student Movement.

From there, she became a founding member of the Student Nonviolent Coordinating Committee, where she helped organize direct-action protests in response to segregation and Jim Crow laws, including the Freedom Ride movement to force desegregation of public transportation in the South.

As an instructor for King’s Southern Christian Leadership Conference, Nash played a critical role in shaping the Selma right-to-vote movement that led to the Voting Rights Act of 1965. Later, she returned to Chicago, where she worked in education and real estate while continuing to advocate for causes such as fair housing and anti-war efforts around the Vietnam War.

Among other honors, Nash is a recipient of the Rosa Parks Award, the Distinguished American Award from the John F. Kennedy Library and Foundation and the LBJ Award of Leadership in Civil Rights from the Lyndon Baines Johnson Library and Museum.