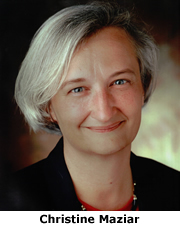 Chris Maziar is an uncommonly talented, insightful, wise and experienced academic leader who sets high standards for herself and for all those with whom she works,Burish said.She has been a mainstay of the Provosts Office during the three years she has been at Notre Dame, and has upgraded many of its processes and systems.I am delighted and grateful that she has accepted the new responsibilities associated with the senior associate provost position.

In addition to her major responsibilities, which include budgeting, strategic planning and space management, Maziar will have responsibility for overseeing the Provosts Office whenever Burish is traveling.

A professor of electrical engineering, Maziar served as provost at theUniversityofMinnesotafrom 2002 until accepting her position at Notre Dame. She previously was vice president for research and dean of theGraduateSchoolatMinnesotafor four years.

Maziar earned her bachelors, masters and doctoral degrees fromPurdueUniversityand served on the engineering faculty at theUniversityofTexasfrom 1987 until joining theMinnesotafaculty in 1998.

Before her appointment at Notre Dame, Maziar served on the Universitys Advisory Council for Graduate Studies and Research.