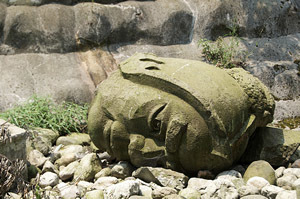 Assembled for the first time at an analytical forum at the University of Notre Dame, a distinguished group of journalists, activists and academics will move beyond conventional scholarly ways of framing debates and address the dramatic changes in China’s leadership in relation to the global community.

To explore what those changes mean for ordinary Chinese citizens and for people around the world connected to China through globalization, “China, the Chinese and the World: Trajectories of Change,” will be held May 13 and 14 (Monday and Tuesday) at Notre Dame’s Kellogg Institute for International Studies.

Unlike most scholarly conferences, the forum will not include paper presentations by scholars. Instead, it will take the form of a wide-ranging “global conversation” focused on the rapid change currently taking place in China and subsequent analysis of potential future trends.

Gady Epstein, the China correspondent for The Economist since 2011 and former Beijing bureau chief for Forbes magazine; Xiao Qiang, founder and chief editor of China Digital Times, a bilingual China news website; and Elizabeth Perry, a Harvard University expert on popular protest in contemporary China and director of the Harvard-Yenching Institute, are among the participants. Both Xiao and John Kamm, the founder and executive director of the Dui Hua Foundation, have received MacArthur “genius” awards for their human rights work in China.

Areas of participant expertise include Chinese politics, history, culture and law; censorship and the Internet; the environment and geography; HIV/AIDS, human rights, international relations, military and security issues; and popular protest. A complete list of participants and their biographies is available here.

With China’s inequality skyrocketing and protests erupting in both urban and rural areas, participants in the forum will address issues such as the prospects for democracy 25 years after Tiananmen Square; what these dramatic changes in China’s leadership mean for the global community; and how the socioeconomic and environmental changes brought about by the country’s economic transformation are affecting its ordinary citizens.