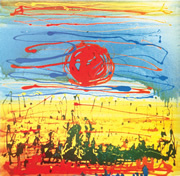 A conference entitled “Epiphanies of Beauty: The Arts in a Post-Christian Culture” will be held Thursday to Saturday (Nov. 18 to 20) in the University of Notre Dames McKenna Hall.

Sponsored by Notre Dames Center for Ethics and Culture, the conference will include presentations by 18 scholars of architecture, art history, the visual arts, poetry, literature, film, music, education, philosophy and theology.

Gregory Wolfe, publisher and editor of “Image: A Journal of Arts and Religion,” will give the conference keynote address, “Shouts or Whispers? Faith and Doubt in Contemporary American Literature,” at 7:30 p.m. Thursday in the McKenna Hall auditorium. Wolfe, who directs the masters in fine arts program at Seattle Pacific University, is author of several books, including “Malcolm Muggeridge: A Biography”; “Sacred Passion: The Art of William Schickel”; and “Intruding Upon the Timeless: Meditations on Art, Faith, and Mystery.” He is at work on a book tentatively entitled “Christian Humanism: A Faith for All Seasons.”

An introductory lecture by Stephen Schloesser of Boston College, followed by a two-piano performance of Olivier Messiaens “Visions de lAmen,” will be given at 7:30 p.m. Friday in the Annenberg Auditorium of the Snite Museum. Messiaen wrote these seven meditations on the word “Amen” for two pianos in 1943 in Nazi-occupied Paris. Written during the darkest period of the 20th century and partially inspired by the work of the 19th century Catholic philosopher and essayist Ernest Hello, “Visions” concern the origins and ends of the created world. The pianists will be Hyesook Kim of Calvin College and Stephane Lemelin of the University of Ottawa.

A conference schedule is available at http://ethicscenter.nd.edu/