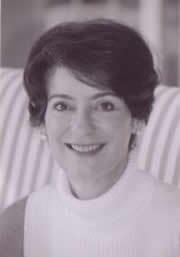 Kristin Shrader-Frechette, F.J. and H.M. ONeill Professor of Philosophy and concurrent professor of biological sciences at the University of Notre Dame, has been selected by Catholic Digest magazine as one of 12heroes for Americalaypeople living or working in the United States who are performing exemplary work in the spirit of the Catholic faith. The magazine cited her work on behalf of environmental justice.

Shrader-Frechette and the other honorees are profiled in the October issue of the magazine. The only other university professor selected as a Catholic Hero is Paul Farmer, the Harvard University physician and medical anthropologist who is the cofounder of Partners in Health and who was the recipient of an honorary Notre Dame degree last May.

The magazine also cited Shrader-Frechette for involving students in the fight against environmental injustice.

My students and I (in the Center for Environmental Justice and Childrens Health at Notre Dame) work mainly with poor, black, Latino, Native-American, andAppalachian communities,she said.We simply try to provide some scientific help so that the people are able to protect themselves, especially their children. We can do maybe 30 projects a year, pro-bono. Thats a lot, but only because the Notre Dame students are so generous, so brilliant, and so committed to social justice. Theyre just wonderful.

Although cancer annually kills 600,000 Americans, Shrader-Frechette says many of these premature deaths are preventable by avoiding scientific errors in impact assessment and by enforcing pollution laws. Government and U.N. groups agree, noting that up to 90 percent of cancers areenvironmentally induced and theoretically preventable.

Children are more sensitive to pollutants, Shrader-Frechette said, and their annual cancer incidence rates are increasing 40 percent faster than those of adults. She points out that minority cancer rates also are much higher, partly because most industrial polluters locate in poor or minority neighborhoods, and minorities must breathe air that is typically twice as polluted as in white neighborhoods.

Working with local community members, Shrader-Frechette and her students revealed both scientific errors and ethical problems in the impact assessment used when, without community consent, a multinational corporation attempted to site a substandarduranium-enrichment plant in the African-American community of Homer, La. The case is regarded as the first major victory against environmental racism in the United States.

In 2004, Shrader-Frechette became only the third American to win the World Technology Award in Ethics. The U.S. National Science Foundation has continuously funded her research since 1982.

Shrader-Frechette, who also is a fellow of Notre Dames Kroc Institute for International Peace Studies, joined the Notre Dame faculty in 1998. She has held senior professorships at the University of California and the University of Florida. An award-winning teacher as well as a researcher, she has published more than 350 articles and 15 books that have been translated into 11 languages. Her 2007 book,Taking Action, Saving Lives,published by Oxford University Press, has just been nominated for a National Book Award.

Shrader-Frechette earned her mathematics degree from Xavier University and a doctorate in philosophy of science from Notre Dame.She has done post-doctoral work in biology, in economics, and in hydrogeology.