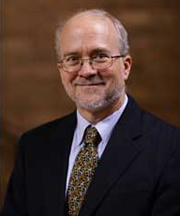 In spring 2002, Douglass Cassel came to Notre Dame as a visiting associate professor of theLawSchool, working in its LL.M. Program in International Human Rights Law.

I fell in love,says Cassel,who returned to Notre Dame full time this fall to become director of theLawSchools Center for Civil and Human Rights.

Newly appointed as a Lilly Endowment Professor of Law, Cassel also directs the LL.M. program, which affords lawyers, primarily from developing democracies outside theUnited States, an opportunity to engage in specialized study and research in international human rights law.

Previously on theNorthwesternUniversityLawSchoolfaculty,Casselhad been the first director of its Center for International Human Rights, which launched in 1998. While both are highly respected private law schools, Notre Dame has something Northwestern does not:Im here because Notre Dame offered me the opportunity to combine my professional commitment with my faith commitment in ways no other university does,Casselsaid.

Depending on how far back one digs intoCassels story, his involvement with human rights spans his more than 30-year legal career, or it dates back to his teenage years in the mid-1960s. The earliest incidents occurred when, as a high school exchange student in Spain, he witnessed the troops of Gen. Francisco Franco attack a protest march staged by University of Barcelona students. While he escaped injury, he spent a memorable few hours being interrogated by police. Screams coming from the basement indicated Spanish students were being treated more unkindly than him.

Casselspecializes in international human rights and international criminal law. Fluent in Spanish, he lectures and writes for international audiences in both languages. Recent publications have explored legal instruments in the fight against international terrorism and equal labor rights for undocumented migrant workers.

InEl Salvadorin 1991, he again experienced intimidating military intervention as an international observer at the trial of Salvadoran soldiers and officers charged with murdering six dissident Jesuit priests, their housekeeper and her teenage daughter. From 1992 until 1993, he served as legal adviser to the United Nations Commission on the Truth forEl Salvador, advising the commission, supervising its investigations and acting as principal editor of its report. He also has held consulting positions with the United Nations, the Organization of American States, the U.S. Department of State, and the Ford Foundation.

Since 1990, as executive director ofDePaulUniversitys International Human Rights Law Institute,Casselhas been influencing the training and education of attorneys whose own international human rights work takes them throughout the world.

Cassels continued proximity to theChicagoarea has allowed him to maintain several ongoing contacts. For one, he has kept his family home while his daughter finishes high school, so his nights here are spent in an apartment. He also maintains a broadcasting schedule for Chicago Public Radio.For more than a decade, he has provided weekly commentaries on human rights issues on Worldview, an international news analysis program.