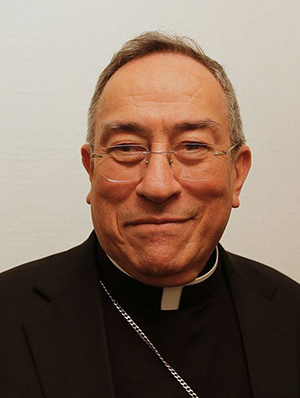 Cardinal Oscar Rodriguez of Honduras will visit the University of Notre Dame on Thursday (Nov. 5) for a conversation on Laudato Sí’ and the Synod on the Family. The event, sponsored by the Center for Social Concerns, will take place at 4:30 p.m. in the Annenberg Auditorium of the Snite Museum of Art and is open to the public.

Rodriguez was appointed archbishop of Tegucigalpa, Honduras, in 1993 and was elevated to cardinal — the first from Honduras — in 2001. He served as president of the Latin American Episcopal Conference from 1995 to 1999 and president of Caritas Internationalis, a global federation of Catholic charitable groups, from 2007 until May of this year. In April 2013, Pope Francis appointed Cardinal Rodriguez to the unprecedented nine-member Council of Cardinals, formed in order to advise the pope on a broad range of issues.

In the months leading up to the publication of Laudato Sí’, the cardinal spoke often about the likely themes of the encyclical. Since then he has continued to present the insights of the encyclical in various international settings. During the event at the Snite Museum, the cardinal will be talking with members of the University community on both Laudato Sí’ and the Synod on the Family, which was formed in 2014 to address the vocation and mission of the family in the Church and the modern world.

Before the recent papal visit to the U.S., the cardinal was asked to give a preview of what the pope would say on his trip. He emphasized then that Pope Francis would speak clearly, encourage dialogue and discourage ideological confrontation. “One of the conditions for a true dialogue,” Cardinal Rodriguez said, “is to have peace in your soul, peace in your personality, to be persons of peace. But when you are in the trenches, trying to defend ideologies, you’re not capable of a true dialogue.”

“We are very much looking forward to meeting and talking with Cardinal Rodriguez,” said Rev. Paul Kollman, C.S.C., Leo and Arlene Hawk Executive Director of the Center for Social Concerns. “At the Center, we seek to foster the kind of dialogue Cardinal Rodriguez and the Holy Father have called for, believing that substantial conversation is crucial for the life of the University and the education in faith that we seek here.”