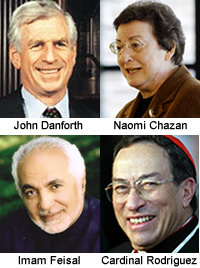 The Notre Dame Forum, which was held Sept. 22 as the academic centerpiece of the inauguration of the Universitys new president, Rev. John I. Jenkins, C.S.C., will be televised by C-SPAN at8 p.m.and11 p.m.(EST) Thursday (Nov. 24).