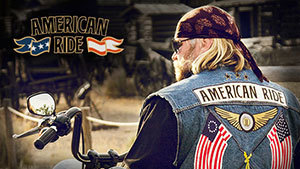 BYUtv, the nationwide television network of Brigham Young University, is currently featuring the University of Notre Dame in a special 30-minute episode of “American Ride,” an Emmy Award-winning series that highlights historic people and places in American history.

The Notre Dame episode will air on several occasions prior to the Nov. 23 football game between the Fighting Irish and BYU. The schedule is available on the “American Ride” website.

“The University of Notre Dame has a rich and inspiring history that interweaves faith, service and football with the world’s highest academic rigor,” said Derek Marquis, managing director of BYUtv. “We share a vision of creating educational institutions based on the concept that faith and intellect are both crucial and defining elements of higher learning. While Notre Dame is an undisputed NCAA legend, the University stands for something much, much more and is a powerful means of doing good in the country and the world. That mission resonates with us at BYUtv.”

“American Ride” is hosted by Stan Ellsworth, a former history teacher and football player and coach who tours the country on his Harley-Davidson, exploring America’s past. He and a production crew spent several days on the Notre Dame campus last fall and in the summer gathering information. The finished product includes a comprehensive overview of Notre Dame’s past and present, with a focus on its founding, growth and academic mission as a Catholic university.

BYUtv offers approximately 1,000 hours annually of original programming dedicated to seeing the “good in the world.” It is carried to more than 53 million homes in all 50 states.