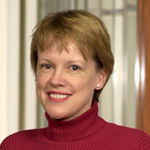 Tonia Hap Murphy, a faculty member in the University of Notre Dame’s Mendoza College of Business, has won the Ralph C. Hoeber Outstanding Article Award from the Academy of Legal Studies in Business (ALSB) for an article examining the ethical considerations of job reneging.

The award is given to the most outstanding article from among 14 articles published in the Journal of Legal Studies Education, which is sponsored by the academy. “Reneging: A Topic to Promote Engaging Discussions About Law and Ethics in a Business Law or Legal Environment Course,” was chosen by a select committee made up of ALSB members.

Murphy accepted the award earlier this month in Denver during the academy’s annual meeting. The academy is an international academic-professional organization composed of professors of legal studies in colleges of business.

The article discusses the legal and ethical issues arising in reneging cases. Reneging occurs when a person accepts a job offer, and then backs out before work begins. The prospective employee might have gotten a better offer, or simply reconsidered for other reasons. Billy Donovan, the University of Florida men’s basketball coach who changed his mind after signing a contract to coach the Orlando Magic in the NBA, is a recent and well-publicized example cited by Murphy.

When it comes to students accepting job offers, the National Association of Colleges and Employers (NACE) periodically polls employers about the rate of reneging, but doesn’t supply statistics on the number of incidents, said Murphy. NACE has reported the rate as being relatively unchanging in recent years, but it appears to happen often enough that nearly all university career placement offices have policies in place to discourage the practice – sometimes with disciplinary action or by levying stiff fines.

Murphy found that employers seem not to pursue legal claims when prospective employees have reneged, although an argument can be made that equitable recourse may be available, at least in some states. For that reason, reneging is largely an issue of ethics. From an ethical standpoint, students often don’t see a problem with backing out of an offer if something better comes along.

“One of my students said it’s just the way of the world, an accepted business strategy,” said Murphy, who points to a study by another university that found 44 percent of young adults agreed that reneging is acceptable if offered a better job with a different company. “But students would get terribly upset if an employer reneged on them. I’d like them to question why they believe reneging by employers is an ethical violation, while employees may renege with impunity,” she added.

The central ethical issue is whether a person with integrity would renege, Murphy said. Those who tend to think of backing out as merely a business strategy are missing the larger point of the damage the action does to their reputation, and the negative effects it may have on the prospective employer and others.