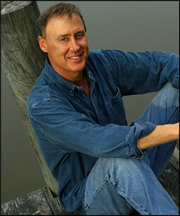 Rock pianist Bruce Hornsby will perform at the University of Notre Dame at 9 p.m.Sept. 16 (Friday) in the Leighton Concert Hall of theDeBartoloCenterfor the Performing Arts.

Admission is $55 for the general public, $47 for Notre Dame faculty and staff and senior citizens, and $20 for all students. Ticket information is available by calling thePerformingArtsCenterticket office at 574-631-2800, or visiting http://performingarts.nd.edu on the Web.

Hornsby emerged in 1986 with his triple-platinum album “The Way It Is,” which earned him a Grammy Award for Best New Artist. Throughout his career, he has sold more than 10 million records and played with such artists as Bob Dylan, Don Henley, Bonnie Raitt and Willie Nelson. He also performed some 100 concerts as a part-time member of legendary rock band the Grateful Dead in the early 1990s.

The concert is a featured event for the Notre Dame Film, Television and Theatre alumni reunion, which is taking place on campus Sept. 15 to 17 for all University graduates in the entertainment and performing arts industries. The reunion will feature musical and theatrical performances, workshops, panel discussions and social events. Further information is available at http://www.nd.edu/~ftt/ .