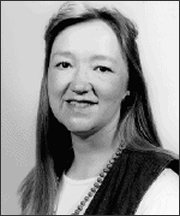 Joan F. Brennecke, Keating-Crawford Professor of Chemical Engineering at the University of Notre Dame, has been elected chair of the Council for Chemical Research (CCR). After serving two years as a vice chair, she will assume leadership of the organization in 2007. She will be responsible for supervising all the business of the CCR and will preside at all meetings of its general membership and Governing Board.

A member of the CCR Governing Board since 2003, Brennecke has served on the organizations Executive Committee and as chair of its Program and Initiatives Committee.

The CCR , based in Washington, D.C., was formed in 1979 to promote cooperation in basic research and to encourage high quality education in the chemical sciences and engineering. Its membership, which consists of leaders from industry, academia and government, represents most of the U.S. chemical research enterprise, currently comprising more than 200 companies, universities and government laboratories with a combined research and development budget of more than $7 billion.

Brennecke is known internationally for her research in the development of solvents, including supercritical fluids and ionic liquids, which are less harmful to the environment. Her primary interests in developing iconic liquids are in the measurement and modeling of thermodynamics, thermophysical properties, phase behavior and separations.

In 2001, Brennecke received the Ipatieff Prize from the American Chemical Society in recognition of her pioneering high pressure studies of the local structure of supercritical fluid solutions and the effect of this local structure on the rates of homogeneous reactions.

She was awarded the James A. Burns, C.S.C., Graduate School Award in 2003 in recognition of her outstanding contributions to research and graduate education at Notre Dame. Her effectiveness in the classroom earned her the College of Engineering Teacher of the Year Award in 2000 and a Kaneb Teaching Award in 2002.