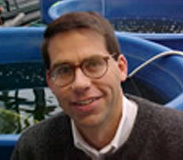 David Lodge, a professor of biological sciences at the University of Notre Dame, will testify at a U.S. House Subcommittee on Fisheries hearing Thursday (Sept. 27) on the need for new, or revised, legislation on American industries involved in the importation and selling of live organisms.

Lodge will point out that while many organisms imported for the pet, horticulture, bait and aquatics trade bring benefits, many widely available organisms are potentially harmful.

I think the public would be shocked to learn that anyone can import almost any live animal, poisonous snake or carnivorous mammal, and that it is perfectly legal,he said.

From an environmental perspective, Lodge indicated that non-native species compete in the habitats of native species. According to some estimates, more than 5,000 Burmese pythons, brought legally into the U.S., now inhabit the fragile Florida Everglades ecosystem, devouring native species, including endangered species.

Lodge also noted that animal-borne diseases are one of the highest concerns of the Centers for Disease Control. Monkey pox, for example, arrived in the U.S. in 2003 in mammals from Africa.

Theinjurious wildlife provisionof the Lacey Act of 1900 is the main legal tool protecting non-agricultural ecosystems against the introduction and spread of invasive organisms. Lodge points out, however, that in the acts 107-year existence, only 19 kinds of organisms have been outlawed. He will urge the House to revise the act, or adopt new legislation, to provide an efficient and consistently applied risk assessment procedure.

The new or revised legislation should include emergency measures to temporarily prohibit importation and transportation of species, mandatory risk assessment for all species proposed for importation,he said.Weve made enough progress on the science side to predict harmful species. Our policy needs to employ available scientific tools to screen them out at the border.

Lodge served as the first chair of the national Invasive Species Advisory Committee and was the lead author of the Ecological Society of America’s paper calling for a stronger government response to the problem of invasive species.