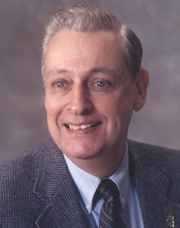 Harvey Bender, professor of biological sciences and director of the Human Genetics Program at the University of Notre Dame, has been named aDistinguished Hoosierby Indiana Gov. Mitch Daniels.

The award, one of the highest honors given by the state to its citizens, was presented to Bender byIndianastate Sen. Joseph C. Zakas on July 18. The award citation noted Benders teaching record as well as his research and community service.

A longtime professor of genetics and a practicing medical geneticist, Bender has been a member of the Notre Dame faculty since 1960. His present research involves human developmental genetics and the epidemiology of human genetic disease.

Bender served as a U.S. Public Health Research Fellow in genetics at theUniversityofCalifornia,Berkeley, and held postdoctoral positions as a Gosney Fellow at the California Institute of Technology and as a visiting professor at the Yale University Schools of Medicine and Law.