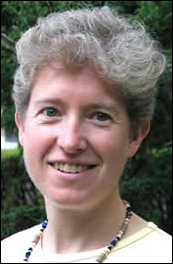 A paper written by University of Notre Dame sociologist Jackie Smith and post-doctoral fellow Dawn Wiest has received the second-place award in an international competition held by the Zurich-based World Society Foundation, a major funder of social science research on the causes and social impact of global change.

The paper, titledExplaining Participation in Regional Transnational Social Movement Organizations,was published this year in the International Journal of Comparative Sociology and examines the trend toward greater regionalism in transnational social movement organizing.

Looking at data from 1980 to 2000, Smith and Wiest found that the European Union, the African Union and other regional institutions encouraged social movement groups to organize within regions, rather than across geographic divides. The researchers wanted to know whether this meant that global society was becoming more polarized along regional lines or whether it reflected a more complex phenomenon of closer ties among local and global processes.

The studys findings suggest that organizers are responding to regionally defined opportunities rather than becoming polarized along geographic lines.

Regional organizations are becoming the connective tissuebetween local and global political arenas,Smith said.This will allow for greater participation from people and groups with less access to the sites of global policymaking.

Smith is on the faculty of Notre Dames Kroc Institute for International Peace Studies. She is the author ofSocial Movements for Global Democracyand co-author ofGlobal Democracy and the World Social Forums.

Wiest is assistant professor of sociology at Memphis State University. In 2006-07, she was a post-doctoral fellow at the Kroc Institute and in Notre Dames sociology department.