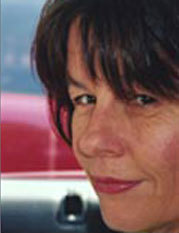 Author Ann Cummins will read from her first novelYellowcakeat 7:30 p.m. Wednesday (Sept. 19) in the hospitality room of the South Dining Hall at the University of Notre Dame. The event is free and open to the public.

Described in the March 26th edition of the Washington Post asrich and touching,Yellowcaketells the story of a Navajo family living with the effects of uranium milling while straddling cultures and cheating fate in the American Southwest.

Born in the Rocky Mountain town of Durango, Colo., Cummins frequently writes about working class people.During the early part of the 20th century, her family migrated from County Galway, Ireland, to Colorado, where they mined silver, coal and uranium. When she was nine, her fathera uranium mill workermoved the family to Shiprock, N.M., in the northern part of the Navajo Indian Reservation, where she was graduated from high school.Although her work extends beyond her ties to the Southwest, she often writes about the region of her birth.

Cummins has published stories in The New Yorker, McSweeney’s, and The Best American Short Stories, 2002, the same year she was awarded a Lannan Literary Fellowship.She currently teaches creative writing at Northern Arizona University.

The event is sponsored by Notre Dames Creative Writing Program.