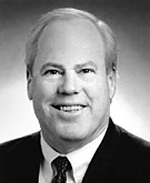 Attorney and author John D. OConnor, the Notre Dame alumnus who revealed the identity of Watergate sourceDeep Throatearlier this year, will present a lecture titledThe Deeper Significance of Deep Throatat 2 p.m. Nov. 4 (Friday) in the Carey Auditorium of the Universitys Hesburgh Library.

Co-sponsored by the Universitys John W. Gallivan Program in Journalism, Ethics and Democracy and the Notre Dame Alumni Association under the auspices of its Distinguished Alumni Lecture Series, the presentation is free and open to the public.

In an article for the July edition of Vanity Fair, OConnor, a 1968 Notre Dame graduate, broke the news that former FBI official W. Mark Felt secretly helped Washington Post reporters Bob Woodward and Carl Bernstein investigate the misdeeds of President Nixon and his administration in the early 1970s.

OConnor currently is working with the Felt family on a book with the tentative titleA G-Mans Life: The FBI, Being Deep Throatand the Struggle for Honor inWashington,which will explain Felts governmental service and involvement in the Watergate affair. The book, to be published by PublicAffairs Books, is scheduled for release next spring.

OConnor is a director in the litigation group of theSan Franciscolaw firm Howard Rice Nemerovski Canady Falk&Rabkin. He was graduated from law school at theUniversityofMichiganin 1972 and served as assistantU.S.attorney for the northern district of California from 1974 to 1979.