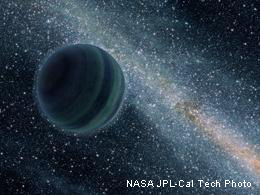 University of Notre Dame astronomer David Bennett is co-author of a new paper describing the discovery of a new class of planets — dark, isolated Jupiter-mass bodies floating alone in space, far from any host star. Bennett and the team of astronomers involved in the discovery believe that the planets were most likely ejected from developing planetary systems.

The study is described in a paper appearing in the May 19 issue of the journal Nature.

The discovery stems from an analysis of observations of the central bulge of the Milky Way galaxy taken in 2006 and 2007 by a joint Japan-New Zealand survey. This analysis provides evidence of what appear to be 10 free-floating planets roughly the mass of Jupiter. Bennett explains the likely origin of these isolated planets: “Our results suggest that planetary systems often become unstable, with planets being kicked out from their places of birth by close encounters with other planets."

“Our survey is like a population census — we sampled a portion of the galaxy and, based on these data, can estimate overall numbers in the galaxy,” Bennett said. “The survey is not sensitive to planets less massive than Jupiter and Saturn, but theories suggest that lower-mass planets like Earth should be ejected from their stars more often and are thus more common that free-floating Jupiters.”

The survey that revealed the planets is called the Microlensing Observations in Astrophysics (MOA). A 1.8-meter (5.9-foot) telescope at Mt. John University Observatory in New Zealand is used to regularly scan the stars at the center of the Milky Way galaxy for what are referred to as “gravitational microlensing events.” 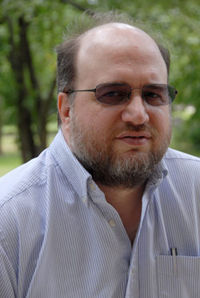 Bennett is a pioneer in the gravitational microlensing method, which takes advantage of the fact that light is bent as the rays pass close to a massive object, like a star. The gravity from the mass of the foreground planet warps surrounding space and acts like a giant magnifying glass. As predicted by Albert Einstein and later confirmed, this phenomenon causes an apparent brightening of the light from a background “source” star. The effect is seen only if the astronomer’s telescope lies in almost perfect alignment with the source star and the lens star. The primary challenge of the microlensing method is the precise alignments needed for the planetary microlensing signals are quite rare and brief, lasting less than two days.

Astronomers are also able to detect planets orbiting stars if the light from the background star is warped by both the planet and its host star.

Bennett and the team of scientists found about 10 short microlensing events, indicating planets of roughly Jupiter’s mass. The team said that it can’t rule out the possibility that some of the planets may be in very distant orbits about stars, but previous observations by other groups suggest that Jupiter-mass planets in such distant orbits are rare. Future observations by the Hubble Space Telescope should detect many of these host stars, if they exist.

“If free-floating planets formed like stars, then we would have expected to see only one or two of them in our survey instead of 10,” Bennett said.

A second microlensing survey group, the Optical Lensing Experiment (OGLE) also contributed to the discovery reported in Nature. The OGLE group observed many of the same microlensing events observed by MOA and these observations independently confirmed MOA’s analysis.

NASA and the NSF funded Bennett’s work on this project.