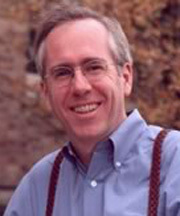 It would be a tall order for one sentence to convey the ways Notre Dames College of Arts and Letters has changed since Mark Roche was named I.A. OShaughnessy Dean 11 years ago. A line from an early Christmas address to the faculty, however, does at least place the length of his tenure in an appropriate context.

The College is saving a great deal of time and money by shifting most of its correspondence from paper to e-mail,said Roche, who announced last May that 2007-08 would be his final year as dean.

What a difference a decade makes.

The rapid rise of Web-based technology is somewhat analogous to the Colleges own advance in recent years. Both were built on ideas that were maybe once considered too ambitious or far-fetched but eventually became the expected standard, leading to developments few could have foreseen.

Theres a stronger culture of recognizing what it takes to be great as a university,Roche says, describing an important difference between the College in fall 1997 and spring 2008. And if not quite an information revolution, the body of work compiled by Arts and Letters faculty and staff during that time is remarkable nonetheless.

Over the past decade, for instance, the College has averaged $9 million per year in external research grants; the average was $1.4 million for the previous 10-year period. In addition, Arts and Letters faculty have received 37 fellowships from the National Endowment for the Humanities since 1999, more than any other university faculty in the country.

Driven by scholarly ingenuity and tremendous on-campus resources, including the Institute for Scholarship in the Liberal Arts (ISLA), accomplishments like these, earned on national and international stages, are clearly the most visible. But Roche places equal emphasis on more subtle, internal advancements, such as the willingness departments now have to close a faculty search and open it again the next year if an outstanding candidate cannot be hired.

There is a recognition, a self-confidence in the College, which one could almost measure, faculty member by faculty member, that we are indeed competing with the very best universities in the country for faculty hires, for graduate student recruits,he says.In [some] cases theyre turning down places like Princeton and the University of Chicago and Harvard and Emory, and faculty are leaving higher ranked institutions to come here. And its not a surprise anymore. Were pleased, but its not shocking and a surprise.

Roches own decision to come here from Ohio State, where he was on the faculty from 1984 to 1996, had a lot to do with Notre Dames commitment to undergraduate education, an area whose further enhancement has also been at the heart of the Colleges endeavors under his leadership.

Thanks in part to a $10 million gift from Arts and Letters alumnus and University Trustee John Glynn and his wife, Barbara, the joint undergraduate honors program created in 1983 by Arts and Letters and the College of Science has grown significantly. Now known as the Glynn Family Honors Program, it admits 100 students per year, up from 40 in the mid-90s.

There are also honors opportunities offered by Arts and Letters departments, as almost all have designed special tracks within their majors for students who want to dig even deeper into their chosen fields. Both Glynn Scholars and departmental honors students produce senior theses in close collaboration with faculty members.

Every Arts and Letters student in good academic standing can apply for research funding from the Undergraduate Research Opportunity Program (UROP), which is administered by ISLA. When Roche became dean, UROP had just completed its fourth year, awarding 11 grants totaling $4,400.

In each of the last two years, the program has made approximately 120 awards for more than $200,000.

Its become such a part of the rhetoric of the student body that the 2007 senior class gift was directed to UROP,Roche says,which shows that students are aware of it as a difference-maker in their lives.

Programs like these have allowed Notre Dame to continue to be a residential liberal arts college focused on undergraduates while emerging as a dynamic research university, two complementary functions that contribute to a triadic identity Roche foundsimply extraordinaryeven before he decided to leave Ohio State.

The third piece of Notre Dames identity? Being a Catholic institution of international standing, a quality that anyone who has spent time talking with him knows he holds dear.

Youre always going to have a variety of voices at a university,Roche says.But what you have here is a freedom to talk about issues that might be viewed as taboo at other universities. Or, if not viewed as taboo, viewed somewhat superciliously as not appropriate for an academic environment.Theres hardly a pause before he adds, with unmistakable sarcasm:Because after all, theyre not intellectual.

Roche feels that now more than ever, the Colleges departments are attentive to the ways scholarship in their disciplines overlaps with Notre Dames Catholic mission, a mission he says thrives only in an atmosphere of inquiry.

In a certain sense, the holistic education of the traditional liberal arts college can be realized more fully at an institution that has no inhibitions about addressing religious and ultimate questions.

As his time in 100 OShaughnessy nears its conclusion, Roche emphasizes that the Colleges ascent during his tenure was due to the dedication of many, especially the department chairpersons. He mentions the drafting of the Arts and Letters strategic plana process he callsvery grassroots, bottom-up, faculty-drivenas one of countless examples of the discussion-based culture that defines the College.

Of course, being dean of the oldest and largest college at a university that values tradition more than most invariably comes with its challenges. Roche says that during his first five-year term in particular, some of his initiatives, such as the introduction of regular faculty evaluations, were not universally well-received.

That doesnt mean he would chart a more conservative course if he had it to do over; in fact, he believes there were still occasions when he paid too much mind to convention. What he would do, though, if he could go back to that first day on the job and have a minute with the new dean, now 11 years his junior, is tell him to temper his eagerness with a bit more patience.

After his term ends on June 30, Roche will stay at Notre Damehes also the Rev. Edmund P. Joyce, C.S.C., Professor of German Language and Literature and a concurrent professor of philosophybut leave all his administrative duties behind, affording him something he hasnt had much of over the last 11 years: time.

Time to do more research, time to teach more classes and, one supposes, time to get a bit more sleep. And though his time as dean would be deemed a success by any measure, he is the first to point out that Arts and Letters can become even better.

Still thinking through what he would say to himself in fall 1997, he offers a piece of advice that is just as relevant today.

Pay attention to what is already here, and hold the College to the highest aspirations it has for itself. They seem contradictory, but you can do both.

With that, he captures the essence of more than a decades worth of work in about 30 words.

A tall order, to be sure.