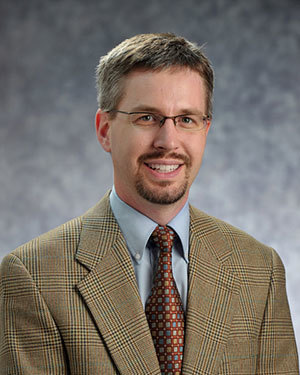 A person wielding a gun focuses more intently on the face of an opponent with a gun, presumably to try to determine that person’s likelihood of pulling the trigger, according to a new study that builds on gun-in-hand research from the University of Notre Dame.

Notre Dame Associate Professor of Psychology James Brockmole, who specializes in human cognition and how the visual world guides behavior, conducted the research at Notre Dame with Adam Biggs, currently a postdoctoral fellow in the Duke Institute for Brain Sciences and the Center for Cognitive Neuroscience, and Jessica Witt, associate professor of cognitive psychology at Colorado State University.

Building on the team’s previous research that shows holding a gun increases a person’s inclination to see guns in the hands of others, “Armed and Attentive: Holding a weapon can bias attentional priorities in scene viewing” is forthcoming in Attention, Perception & Psychophysics.

In three experiments, participants were shown scenes in which an actor was holding a gun or a neutral object, such as a beverage or remote control. The researchers recorded eye movements as participants observed each scene while they were either unarmed, holding a firearm or wearing a holstered firearm.

The armed observers paid more attention to faces than objects when their guns were in a readily usable position — not when they were holstered.

“After ruling out several other possible explanations, we believe this occurs because an armed observer must decide if and when to use his or her firearm,” Brockmole said. “Facial expressions can be strong indicators of behavioral intentions.”

Past research, referred to as the weapon focus effect, has shown that if a criminal is armed, an unarmed victim focuses more on the weapon.

“What’s interesting,” Brockmole said, “is that our new ‘armed bias to look at faces’ findings essentially canceled out the weapon focus effect observed with the unarmed participants. In other words, someone who is armed spent as much time looking at the face of another armed person as did two unarmed subjects looking at one another.”