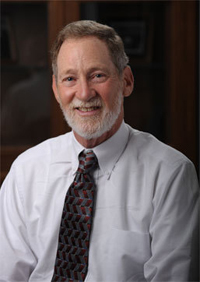 The Justice Department is suing to prevent AT&T from acquiring T-Mobile USA and displacing Verizon as the nation’s largest wireless carrier, and antitrust expert Joseph Bauer, professor of law at the University of Notre Dame, strongly supports the challenge.

“I’m pleasantly surprised, in light of reluctance on the part of the Justice Department and Federal Trade Commission to go after a number of other highly problematic mergers in the past 5 to 10 years,” Bauer says. “This merger would seriously reduce competition in the wireless market. By eliminating one of only four firms in the market and by creating what would be the largest entity in the industry and in which the two largest firms would have more than 80 percent of the market, the merger has the strong likelihood of diminishing consumer choice and leading to higher prices.”

Bauer has testified on numerous occasions before Senate and House committees and subcommittees and in judicial proceedings, and he has served as an expert or consultant for a number of antitrust and intellectual property matters. He teaches courses on antitrust civil procedure, copyright and trademarks, and conflict of laws.

Media Advisory: Bauer’s comments may be used in whole or in part. He is available for interviews and can be reached at 574-631-6514 or Bauer.1@nd.edu