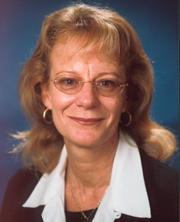 The hidden realities of 21st century warfarefrom multi-trillion dollar extra-legal financial networks that support war to the black-market operators of illegal drugs, precious gems, weapons, food and pharmaceuticalsare the focus of a recently published book by University of Notre Dame anthropologist Carolyn Nordstrom.p. “Shadows of War: Violence, Power, and International Profiteering in the Twenty-First Century,” published by the University of California Press, explores the dangerous world of powerful, extra-governmental war-zone organizations and the hidden, structural violence that fuels conflict.p. Grounded in research carried out at the epicenters of political violence on several continents, “Shadows of War” gives an up-close view of the dark worlds of wartime economics. In contrast to media reports about politicians, soldiers, weapons and territory, Nordstrom illuminates the roles of businesspeople and profiteers, their struggles to craft economic empires both legal and illegal, and their innovative searches for peace.p. “Her eyewitness reporting, when contrasted with the official histories later compiled of the same events, is a revelation,” said William Finnegan, author of “A Complicated War: The Harrowing of Mozambique.” “Meanwhile, the extra-state itself, typified by al Qaeda, has begun to drive world politics and generate wars with terrifying success.”p. A member of the faculty since 1997, Nordstrom specializes in political anthropology, peace and conflict resolution, civilians in war zones, medical anthropology, gender, culture theory, Africa, and Asia. She is the author of “A Different Kind of War Story” and the co-editor of “Fieldwork under Fire: Contemporary Studies of Violence and Survival” and “The Paths to Domination, Resistance, and Terror.” She is an associate professor of anthropology and a faculty fellow in Notre Dame’s Kellogg Institute for International Studies.p.