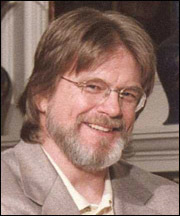 We think of anthropologists as studying human behavior in faraway placesAfrica, or the Amazon.

But anthropologist and marketing professor John F. Sherry Jr. studies an exotic tribe a little closer to homehis recent research focuses on the shopping behavior of the human female at American Girl Place in Chicago.

Sherry, who holds the Ray W. and Kenneth G. Herrick Chair in Marketing in the Notre Dames Mendoza College of Business, came to marketing from anthropology via the study of shopping behavior.Anthropologists are interested in rituals,Sherry says.And shopping behavior is ritual.

An anthropological study of the American Girl marketing phenomenon might seem to be an unlikely choice for a father of three sons.They grew up with footballs, baseballs, soccer balls and action figures,Sherry says.No doll play.

But he had previously done research on flagship brand stores, like NIKETOWN, The Apple Store and ESPN Zone. What these stores do, he says, is make the brand real, but larger-than-life.So you have an experience with the brand, and feel good about the company and the products they make.

Those stores were predominantly male, however.I wondered what went on in female kinds of environments,he says. What fascinated him was thatwalking down Michigan Ave., or in the train station, or OHare, youd see this constant stream of red American Girl bags.Any product that elicited so much excitement on the part of both children and parents had to be worth taking a look at.

Marketers used to think about brands in a functional way, Sherry saysa product solved a problem or provided a consumer benefit. But what consumers do, he says, is personalize products, and link brands to memorable events in their livesand these memories are shared through stories. Iconic brandsthe ones like Harley and Apple that become almost like cultsare the brands that manage to touch a deeper cord in the psyche.

Humans are fundamentally storytellers,he says.Were meaning-makers. And the American Girl brand is a natural vehicle for stories.

The dolls come with historical narratives. But the girls and their mothers and grandmothers are not alwaysnot even very often, acting out bits of history with the dolls, Sherry says.Theyre making them contemporary, enacting little dramas that are important to their lives right now through the vehicle of these dolls. Theyre tools for family building.

On the surface, Barbie and the more old-fashioned American Girl line would seem to have little in common. But on another level, the two brands are quite similar.Every culture critic in the book will criticize Barbie for being fundamentally an engine of consumption,he says.But in addition to the other things American Girl teaches, consumption certainly has to be one of them.

As you walk around the store, he notes, youll hear parents bemoaning the fact that they arrived planning to spend $100, but they leave with $400 or $500 worth of merchandise.They feel sheepish about it, but they dont feel bad. Because its a good product, right? Marketers have gotten so much more sophisticated in the way they uncover needs and create wants. You dont get just the doll and doll clothes, you get the entire narrative fantasy thats built around it.

One thing you wont see much of at American Girl Placemen.Its such a female place, so heavily gendered, that guys in general dont feel comfortable there,Sherry says. The only space specifically reserved for men, he points out, is a small mens room on the third floor.

Men are most likely to be found outside the store, sitting on the window ledge.Theyre essentially killing time,Sherry says.They thought it was a great idea to come along on the pilgrimage, and theyre glad their wives and daughters are having a good time. They cant wait to get to the Cubs game or to ESPN Zone. But they all say, Geez, I wish I owned a piece of this.They recognize how brilliantly its been marketed.