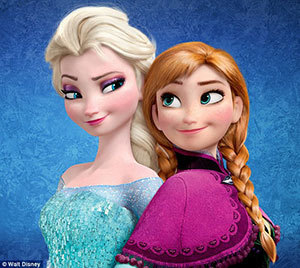 The ANDkids World Film Festival, the signature summer children’s film festival hosted by the University of Notre Dame’s DeBartolo Performing Arts Center, opens its sixth year at 11 a.m. Wednesday (July 23) with an all-ages screening of “Take Wing,” a collection of short stories from around the world.

The four-day festival features a variety of live-action, animation, shorts and feature films. New this year, the center will host an outdoor movie at 9 p.m. in downtown South Bend on the Gridiron Plaza, featuring a “Frozen” singalong. No tickets are required for this event, which is free and open to the public.

Also new this year is the local shorts showcase at the closing night reception. At 7 p.m. Saturday (July 26), the festival will close with a screening of a collection of short films made by young filmmakers from around Michiana, followed by a dessert reception.

At 3 p.m. Wednesday and Thursday (July 23 and 24), children will be able to participate in the free Foley Workshop at DeBartolo Performing Arts Center. Kevin Krizmanich, cinema production assistant, will demonstrate how Foley artists – film industry professionals who create sound for movies – do their work. Children who attend will learn how to make a bird chirp, a car engine rev and a dinosaur roar.

All on-campus screenings and events are open to the public and are free but require tickets. Tickets can be reserved by calling the ticket office at 574-631-2800 or visiting the website at performingarts.nd.edu.

The festival is sponsored by the Lauran E. and Justin L. Tuck Endowment for Children’s Programming and by WNIT Public Television. For more information, visit performingarts.nd.edu.