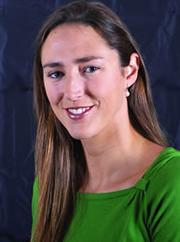 p. A resident of Knott Hall, Coyle serves as a Eucharistic minister in his residence hall and at Sacred Heart Basilica, has participated in the Universitys Urban Plunge program, and has volunteered at theLoganCenter,MiltonHome, Circle K and Ark Angels inSouth Bend.In addition, he is a member of the Student International Business Council and PILLARS, and recently was accepted into the London Program.

Vice president of portfolio management at Bank of America, Sullivan has co-chaired the banksUnited Waycampaign in theSan FranciscoandChicagooffices and assists with the annual holiday celebration, which provides gifts for needy children.

p. After leading Notre Dame to a national championship in 2001, Riley was named both the womens player of the year and the nations top scholar-athlete.

Riley, who currently plays professionally for the Detroit Shock, is one of only five women to have won an NCAA championship, a WNBA championship and an Olympic gold medal.She supports educational programsRead to Achieve,Read Like a Champion,and Head Start. **

p. A former Trustee and Fellow of the University, Father Doyle served as assistant director of vocations and director of theOldCollegeprogram from 1985 to 1991 and also was assistant superior and steward of Moreau Seminary for much of that time.He was the religious superior of Holy Cross priests and brothers at Notre Dame from 1991 to 1997.

Father Doyle received his master of divinity degree from the University in 1975 and was ordained to the priesthood in 1976.

p. Chief executive officer of Access Capital Strategies inCambridge,Mass., Ronald Homer is vice chair of the Boston Foundation and theUnited WayofMassachusetts Bayand joined the two organizations to create a $30 million endowment in support of human services for families and children.He also is co-chair of theUnited Ways Community Impact Committee, co-founder of the Initiative for a Competitive Inner City, a founding board member of the Catholic Schools Foundation, and a board member of the Boys and Girls Clubs of Boston.

Cheryl Homer, who is a cancer survivor, serves as vice chair of the Wellness Community of Greater Boston, which assists individuals and families in dealing with cancer.

p. Father DAlonzo was graduated from Notre Dame in 1949, received his masters degree from the University in 1960, and earned his doctorate from theUniversityofOttawa Teachers College.He eventually returned to his alma mater where he served as director of the Campus Bible Study program, a member of the Moreau Seminary formation staff, and assistant rector in Pangborn and Carroll Halls.For more than 15 years, Father DAlonzo worked in the Office of Academic Services for Student Athletes.

A recipient of the Distinguished American Award, Father DAlonzo celebrated the 50 th anniversary of his ordination in 2003 and was elected an honorary member of the Monogram Club.

p. After James earned his medical degree in 1960, the Kennedys married and moved toKankakee,Ill., where he established a well baby clinic, organized a free outpatient clinic and was a founding board member of the Dr. Martin Luther King Adult Education Center.When Parkinsons disease forced James to give up medicine, he began teaching anatomy atLoyolaUniversityand he and Betsy began a decade of missionary service inSt. Lucia,West Indies.He was named Loyolas Teacher of the Year in 1993 and that same year St. Marys Hospital named the couple Humanitarians of the Year.

In addition to raising their 11 children, Betsy helped found aMontessoriSchool, resale shop and infant day care inKankakee.She renovated houses, volunteered in the clinics, and worked to improve community race relations.Currently, she works at a soup kitchen and is a board member of the Angela House retreat center.Last year Betsy received the St. Marys Humanitas Award for outstanding service.