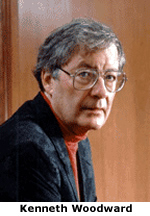 p. Father Rozum came to Notre Dame after eight years as associate pastor of St. Ignatius Martyr Parish inAustin,Texas. After a years sabbatical at Moreau Seminary, he became assistant rector in the former Holy Cross Hall. The following year he was put in charge of Alumni Hall, which celebrates its 75th anniversary this year.

p. Cleary is the founder of both Stop Child Abuse Now (SCAN) of Northern Virginia, which works to promote the well-being of children, improve parent-child relations and prevent child abuse and neglect, and Court Appointed Special Advocate (CASA) inAlexandriaandFairfax,Va., which provides courtroom advocacy for children in abuse and neglect cases.He also is a formerMinnesotastate legislator and, in 1976 served in the prestigious White House Fellowship program.

p. A preprofessional studies (pre-med) major, Cinalli is a forward on the womens soccer team and collected first team all-Big East and freshman All-America honors during the teams 2004 national title season.She also is a member of the Fellowship of Christian Athletes and is actively involved with youth activities at theRobinsonCommunityLearningCenterandGrangerCommunityChurch.A volunteer atMemorialHospitalinSouth Bend, Cinalli entertains children and assists doctors and nurses through the Helpful Undergraduate Students (HUGS) program.

Gunty is a Program of Liberal Studies major who has devoted much of his time at Notre Dame to service, as a retreat facilitator and speaker at St. JosephGrade SchoolinSouth Bend, day care assistant for Circle of Mercy, and project leader for the Student International Business Council.A resident of Siegfried Hall, Gunty helped welcome freshman as aFrosh-Ostaff member, and serves as the captain of two hall athletic teams and elected hall senator.He also is involved with PILLARS , a volunteer student group that coordinates alcohol and drug prevention activities on campus.

p. Morten taught math and science and served as assistant principal at Saint Anthony Catholic School inHarlingen,Texas, during which time he also was a member of the first ACE Leadership Program.Currently, he is the principal ofSaint AnnCatholicSchoolinPilsen,Ill., where he has established a development program to help alleviate fundraising burdens for the predominantly Hispanic studentsfamilies.An active member of the Notre Dame Club ofChicago, Morten serves on the Diversity Committee and the ACE Fellowship inChicago.

p. The author of three books and a contributing editor for Newsweek, Woodward served for 38 years as the magazines religion editor and has written more than 800articles, including more than 100 cover stories.He writes regularly for major publications including The New York Times, The Wall Street Journal, Commonweal and First Things.Woodwards many literary honors include a National Magazine Award and 11 Wilbur Awards, and his articles have been included inThe Best American Spiritual WritingandThe Best Catholic Writing.

p. Randy has been a scoutmaster since 1977, and has served as a coach, tour leader and camp master.He also has been a youth coordinator and youth director at St. Vincent Parish, as well as secretary of the Downtown Kiwanis Club.A 1999 recipient ofIndianas Sagamore of theWabashaward, Randys honors also include the Indiana Youth Investment Award.

Julie has served as a Girl Scout leader in a Brownie troup, and, among many other retreats, helped lead a group from St. Vincent Parish to see the pope at World Youth Day inDenver.

p. President of the Lighthouse of Oakland County, Mich., from 1985 to 2005, Keating helped organize numerous services throughout the county, including a food bank, homeless shelter, transitional housing program, community housing development, emergency services facility and Montessori child care center for at-risk children.A board member of the League of Catholic Women, Hospice of Southern Michigan, and vice president of the St. Joseph Mercy Oakland Board of Trustees, Keating also has been honored as one ofDetroits Enterprising Women in 2004 and Michiganian of the Year in 1999.She and her husband, Terry, a 1960 graduate, live inAuburn Hills,Mich.