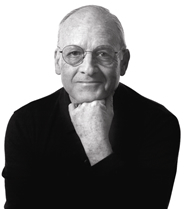 TheUniversityofNotre Dame School of Architecturewill present the fourth annual Richard H. Driehaus Prize for Classical Architecture to renowned architect Allan Greenberg in a ceremony March 25 (Saturday) at the University Club of Chicago, in recognition of his “commitment to progressive ideas that advance classical ideals.”

The prize, which consists of $100,000 and a model of the Choregic Monument of Lysikrates, is awarded each year to a major contributor in the field of traditional and classical architecture. Endowed by Richard H. Driehaus, founder and chairman of Driehaus Capital Management inChicago, the prize was established through Notre Dame’sSchoolofArchitecturebecause of its reputation as a national leader in incorporating the ideals of traditional and classical architecture into the task of modern urban development.

The first American to receive the Driehaus Prize, Greenberg also received an honorary doctoral degree from Notre Dame in 1997 in conjunction with the dedication of the University’s Bond Hall of Architecture. His most celebrated works include theHumanitiesBuildingatRiceUniversity, for which he won an American Institute of Architects 2001 Design Excellence Award, and the Tommy Hilfiger flagship store inBeverly Hills, which was named the best commercial building of 1998 by the Precast/Prestressed Concrete Institute.

Among Greenberg’s other notable designs are aGreenwich, Conn., farmhouse that won a 1990 Arthur Ross Award from Classical America, and renovations to 29 spaces within the Department of State. His books include “The Architecture of Democracy: The Founding Fathers’ Vision forAmerica” and “George Washington, Architect.”

In conjunction with the Driehaus Prize, theSchoolofArchitecturealso will present the second annual $25,000 Henry Hope Reed Award for outstanding contributions to the welfare of the traditional city and its architecture, also endowed by Driehaus, to David Morton, senior editor at Rizzoli International Publications.

A member of the Institute for Classical Architecture, Morton has since 1987 been responsible for acquiring and developing architecture-related titles, such as Samuel White’s “The Houses of McKim Mead&White” and “Masterpieces of Chicago Architecture” by John Zukowsky. **