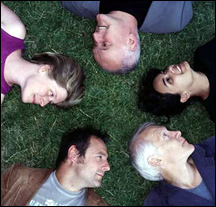 Actors From The London Stage, an international touring theater troupe based at the University of Notre Dame, will present William Shakespeare’s “Twelfth Night” in three performances Sept. 14 to 16 (Wednesday to Friday) at7:30 p.m.in Washington Hall on the Notre Dame campus.

Admission is $18 for the general public, $16 for faculty, staff and senior citizens, and $12 for students. Tickets are available in advance at the University’sDeBartoloPerformingArtsCenterticket office, or by calling 574-631-2800 or visiting http://performingarts.nd.edu on the Web.

In “Twelfth Night,” Shakespeare tells the story of Viola, a young woman separated from her twin brother after a shipwreck. For her safety, Viola disguises herself as a boy named Cesario and gains employment with the Count Orsino, with whom she falls in love. Orsino sends Cesario to woo the Countess Olivia, who instead falls in love with Cesario, creating a hopeless and hilarious love triangle.

Actors From The London Stage has called Notre Dame its American home since 2000, when it relocated from theUniversityofNorth Carolina. Its members hail from such prestigious theater companies as the Royal Shakespeare Company, the Royal National Theatre of Great Britain and Shakespeare’s Globe Theatre, among others.

The troupe’s residency is sponsored by a grant from the Henkels Lecture Series with support from Notre Dame’s Department of Film, Television and Theatre, Office of the Provost, Department of English,CollegeofArtsand Letters Shakespeare Initiative, and theDeBartoloCenter.