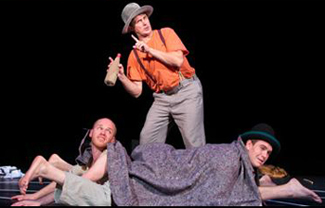 Actors From The London Stage, a self-directed ensemble of five professional British actors, will present Shakespeare’s comedy of gender confusion “Twelfth Night” in historic Washington Hall at the University of Notre Dame Jan. 25 to 27 (Wednesday to Friday) at 7:30 p.m. The performances begin a national tour for this production with stops at Schreiner, Middle Tennessee State, Rice and Vanderbilt Universities.

Admission is $20 for the general public, $18 for Notre Dame faculty and staff and senior citizens, and $12 for students. Tickets may be purchased at the DeBartolo Performing Arts Center ticket office, by phone at 574-631-2800, or online at performingarts.nd.edu.

One of Shakespeare’s most beloved comedies, “Twelfth Night” involves two twins, Viola and Sebastian, separated when their ship capsizes. Each believes that the other has drowned. Viola washes ashore on the coast of Illyria. She disguises herself as a man and assumes the name Cesario so that she can take a position as an aide to the Duke, Orsino. Orsino desires Olivia, who refuses his attentions. Orsino sends Cesario as an emissary to Olivia. Sir Andrew Aguecheek also seeks Olivia’s love. He is a friend of her uncle, Sir Toby Belch. With the clownish philosopher, Feste, all these members of Olivia’s household plot to embarrass the dour Malvolio, a butler who has no tolerance for frivolity. They fool Malvolio into thinking that Olivia desires him, and when he confesses his love, Olivia orders him imprisoned as a madman. Sebastian then turns up and a series of mishaps ensue. 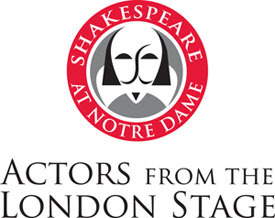 The artists, comprised of five British Shakespearean actors from such companies as Royal Shakespeare Company, the Royal National Theatre of Great Britain, and Shakespeare’s Globe Theatre, among others, devote a large part of their time to lectures, workshops, seminars and informal meetings with students. Their stay provides students and faculty with a unique opportunity both to observe extraordinary performances and to discuss literature and the art of theatre in depth with some of the most talented artists from some of the most important theatre companies in the world.