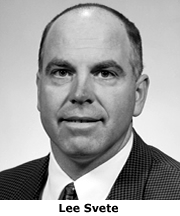 A remarkable 88 percent of the University of Notre Dames class of 2007 graduated with plans in place for employment or further education, according to the annual survey of graduates conducted by the Office of Institutional Research.

Only 12 percent are still seeking employment. Thats the lowest (percentage) in years,he says.Last year we had 14 percent seeking at this time, the year before that, 18 percent.

Job activity was strong in financial services, health care, consulting and investment banking, he says.Technology came roaring back, and advertising, communications and media were strong.Hiring was also up in the field of homeland security.

Thirty-five percent of graduates have accepted employment offers, and another 34 percent plan to attend graduate or professional schools, according to Svete. Of those who were surveyed, 17 percent will go on to graduate school or other advanced education; 11 percent will be attending law school, and another five percent medical or dental school.

The quality of Notre Dames graduates is reflected in the high rate of acceptance into graduate and professional programs. In business, 96 percent of grads were acceptedinto at least one program of their choice, while 92 percent of Arts and Letters graduates were accepted. Engineering (93 percent) and science (87 percent) also had high acceptance rates.

In addition, about 200 students (11 percent) have chosen to do one or two years of service rather than accepting a job offer.Its incredible in this economy for 200 students a year to give up a lucrative career to make a difference in the world or in peoples lives,Svete says.

The pace of job activity came as no surprise to Svete – things have been busy at theCareerCenterall year, with the office handling a record-breaking 4,600 appointments with students and young alumni. The annual Career Fair at the Joyce Athletic andConvocationCenteralso broke records, with 171 employers and 375 recruiters attending.

Graduates also had greatly expanded opportunities for networking. This year seniors were granted, for the first time, full access to Irish Online, the Alumni Associations directory of alumni.That opened up contacts with 100,000 alumni, which expanded networking threefold,Svete says.

The fact that some graduates are still looking for jobs shouldnt be alarming, either to graduates or their parents, Svete points out. Some types of employers, particularly those in publishing and graphic design, hire later than others. The number of architecture graduates with jobs jumps from 50 percent in March to 100 percent by the end of June, he says.Its based on the supply and demand of business.For some types of positions – those in homeland security or the CIA – lengthy background checks are needed.

For parents of seniors, or soon-to-be-seniors, the message Svete has is preparation.The key is the GPA, the leadership positions on campus, and interview/portfolio preparation.

Encourage students to take advantage of the resources they have while on campus, he adds.Volunteer. Get to know the faculty and staff. Its hard for us to help if we dont know about you. And study. You need that 3.0 or higher. And follow your passion, dont just follow the economy.

When Svete joined the staff in 1999, theCareerCenterhandled 780 individual appointments with students. This year the number was up to 4,600.But there are 8,400 students,he says.