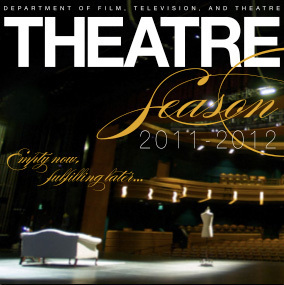 The University of Notre Dame’s Department of Film, Television and Theatre (FTT) will present four plays in its 2011-12 season, beginning Sept. 29 (Thursday) with “The Secret in the Wings” by Mary Zimmerman.

Directed by FTT professor Siiri Scott, “The Secret in the Wings” weaves together a number of fairy tales told through a variety of techniques. Each one cuts off before its conclusion, and then all are neatly resolved into a charming ending that reminds us that they are, after all, just fairy tales. Schedule and ticket information are available here.

Other plays in the season include:

Season ticket and single ticket pricing can be found by clicking here or calling the DeBartolo Performing Arts Center ticket office at 574-631-2800.